A Guide to Health Crystals for Better Health and Wellness

A Guide to Health Crystals for Better Health and Wellness

Crystal healing has been used since ancient times and has found its place in the modern era. There are various types of crystals, and each has its own unique properties. Health crystals are known to boost the bearer’s physical and psychological health and also help in healing the spirit.

There is no denying that there are cases where it is claimed that health crystals have helped to overcome certain situations and circumstances, but according to the scientific point of view, there is no evidence that crystals have any healing effects.

However, crystal therapy has been going all around the world and attained all kinds of reviews. It is always for the best not to blindly trust matters regarding health, but what if crystal for health can do more than medical science? To know what healing crystals are, whether they really work or not, and to solve all your questions regarding healing crystals, let’s begin the article.

Crystals are a group of minerals that are found throughout the world. Crystals are beautiful and are a bit rarer than other stones and also have different colours, while some are multicoloured. Though what makes them unique is not their rarity or colour but the fact that some believe that crystals have healing properties.

A common belief about crystals is that it interacts with the energy of their surroundings which is also known as vibrational energy. The vibrational energy is believed to redirect and re-channel the energy flow, which can help the human body throughout all kinds of diseases and makes the body focused, relaxed, and clear.

There are various types of crystals, and each has its own set of properties. However, most of the crystals work in the same process by converting negative ions into positive energy and helping a person relieve anxiety, stress, and mental disorder.

Although there is no exact science that crystals have healing properties, some crystals are used in various technologies, such as:

Crystals are found in almost every continent, and it is found that some crystals, Quartz, Tourmaline, etc., can generate electricity when put under high pressure and a high temperature.

Research has also shown that some crystals can increase the body’s energy level as well as the temperature, though it is still debatable whether that effect can help the body to heal or not.

What works and what doesn’t?

Crystal therapy has been going on all around the world, and cases have been reported where crystals have proved to be beneficial, but it is important to be realistic about what they can do and what they can’t.

There are a variety of crystals that are known for the sole purpose of calming the brain. Crystals such as Rose Quartz, Morganite, and Lepidolite are some of the best crystals for mental health.

Crystals with calm vibrations are known to help a person relieve depression, stress, and other mental health disorders.

Crystals such as Malachite, Chrysocolla, and Amazonite are known crystals to improve one’s mood and can even change their perspective regarding certain things. Additionally, these crystals can be used as invoke feelings of:

Improving perspective can also boost confidence and can help the person live in a more positive manner. Smoky Quartz and Green Fluorite are a few names of crystals for good health and also help in improving the perspective of the bearer.

While it is believed that the healing properties of some crystals can heal physical injuries and diseases, there is no scientific theory supporting this theory.

The benefits of using crystals for health and healing

It is believed that the vibration and properties of crystals allow them to communicate with the flow of energy in the human body. Crystals help to realign the flow of energy in the human body and also help to clear blockages in the chakra roots. A healthy and natural flow of energy allows the body for inner as well as physical healing. Moreover, the properties and vibration of crystals also provide the bearer with mental peace and help to relieve stress, anxiety, and depression.

There are various types of crystals, and each comes with a bag of benefits. The most common benefits of having healing crystals for health are:

How to use crystals?

There are various types of crystals, and as expected, there are various ways to use each crystal in a different manner. However, among all the ways, using crystals before going to bed is one of the best ways to calm the mind and body. To do this, follow the given below steps.

Among all the crystals, the properties of Amethyst, Selenite, and Clear Quartz are the strongest and make them the best crystals for good health. On the other hand, crystals such as Black Tourmaline or Obsidian are some of the best crystals for protection and health, as they have a strong vibration that keeps negative energies and evil spirits away from the bearer.

Meditation is a known practice with various benefits, and it is also proved by scientific research that meditation has health benefits and is not associated with any negative outcomes.

Crystals, on the other hand, are believed to balance energy by converting the negative ions into positive energy and can even change one’s perspective regarding many things, even life.

Although there are some similarities between the work of both meditation and crystals, their practices are different. Meditation allows a person to take a short break from the fast-paced world and relax their mind to get clear and fresh thoughts. Crystals also do the same, as they give the person positive energy and help to remove all negative thoughts and keep a calm mind.

All in all, both meditation as well as crystals invites a person to slow down, catch their breath, and focus on goals. Both of these practices can help you to feel more at ease. Additionally, you can also use crystals while meditating to enhance the process. Clear Quartz, Black Tourmaline, Amethyst, and Selenite are some of the best health crystals and can also be used for meditation.

Crystals are found all over the world, and crystal therapy is also gaining popularity in all countries. However, it is still unclear how much energy they contain and how much of it is beneficial to the human body. Although the properties of crystals are not clear, there are various cases stating that crystals have helped them heal and have also changed their perspective.

All in all, considering that neither everything is true nor everything is fake, you can add health crystals to your life. Crystals are not associated with any negative effects and can help to calm rushing thoughts. Additionally, health crystals are also available in the form of accessories such as lockets, bracelets, rings, etc., meaning you can take them anywhere you go and can use them anytime you want. 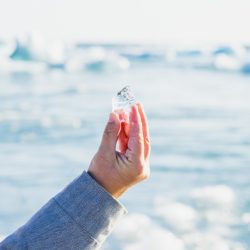 Best Crystal for Success and Wealth

Crystals are minerals that are found throughout the world, and each crystal has its own unique properties and powers... Read More 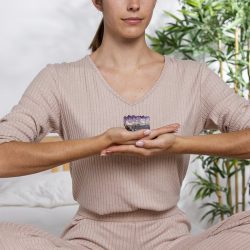 Best Crystals for Meditation and How to Use Them

Meditation is one of the best practices that not only allows the mind to relax but also allows the... Read More 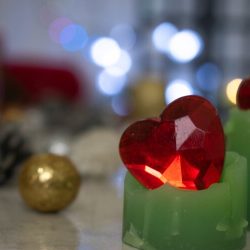 The Most Powerful Crystals for Love and Marriage

In order to make a relationship thrive, dedication and commitment are required from both sides. Although the will to... Read More 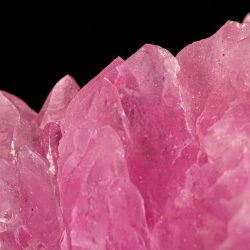 Crystals have been used throughout history, and among all the other crystals, Rose Quartz was one of the most... Read More 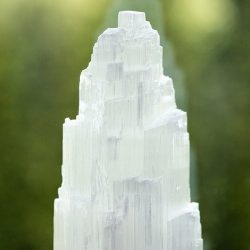 Selenite crystal is a member of the gypsum family and has a pale color, soothing vibration, and properties. The... Read More 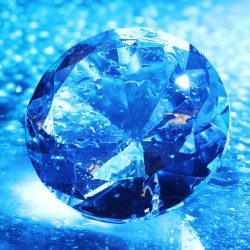 Sapphire is a member of the corundum mineral family. Sapphire crystals are known for their hardness and score 9... Read More 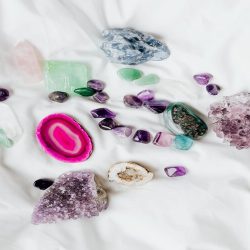 Catch More Zzz With the Best Crystals for Sleep

Although there is no exact science for perfect sleep, there are countless remedies, such as counting sheep, avoiding screens... Read More 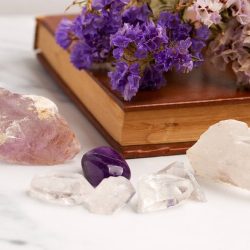 Best Crystals for Studying and Exams

We all know that studying is important and it is not the most enjoyable thing. Moreover, some may even... Read More 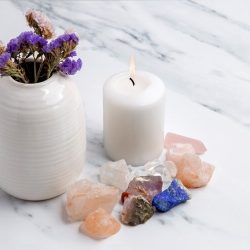 Best Crystals for Anxiety and Depression

In this competitive world, anxiety and depression have become some of the most common and biggest mental health issues.... Read More 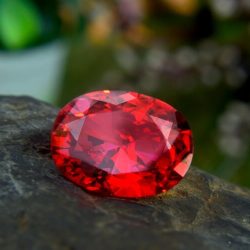 Ruby Stone Benefits, Properties, and Effects You Should Know

Ruby is one of the most beautiful gemstones and has been worn as an accessory throughout history. However, there... Read More