Reiki healing therapy, a Japanese technique, is basically an energy-booster and a method to heal the individuals physically by laying hands on or over the body of that individual by the Reiki healing practitioner. Reiki is basically a word derived from two Japanese words; “Rei” means Spiritual or a higher power and “Ki” means circulating life-force. Meaning by, Reiki healing is a spiritual way of healing the body through the energy of the life force that helps in gaining the physical strength. It also helps in strengthening a person emotionally.

How Does Reiki Work?

The human body is considered to be a mixture of five elements and according to one of the oldest language; Sanskrit, these five elements are Earth, Water, Fire, Air, and Ether(void). These natural elements have an aura around it and that aura can naturally be refined with the help of Reiki treatment. The natural flow of the energy is not just a belief but scientifically proven as well.

Reiki healing is alleged to have the ability to cure a person by naturally forcing the energy that surrounds everyone and focusing it to flow through the individual. This energy helps in recovering the physical pain, weak digestion, emotional stress, mental lethargy and spiritual awareness of one’s being.

There are times when a person loses hope, not just emotionally but spiritually too. These times can be the beginning of the downward roads in the life. A Reiki session can help you cope up with it. A Reiki session can be used at the time of Nervous Breakdown or in curing the internal physical deficiency. The after effects are positive and stress releasing because of the use of this “life energy”.

Reiki requires a Master of Reiki or the practitioner to channel the spiritual energy to pass through the human body. Basically, that energy is focused on the part that needs to be cured and that power is consumed by that part of the body. The negative energy that is commonly called as the negative vibes can be replaced by the positive energy or the positive vibes.

What are the benefits of Reiki?

Though seemingly a simple process, the Reiki session is highly effective in providing visible solutions to a lot of problems. Some of the benefits that can be derived from the Reiki healing are:

Are Reiki and Meditation same?

Though both of the treatments sound similar in providing relaxation but are totally different. People sometimes misunderstood them as co-related terms but the functions of both the therapies vary. On one hand, where Meditation Is known to release the mental stress and a temporary escape from the daily routine towards the self-reflecting realm, Reiki Healing Therapy is a body balancing act for all the aspects including emotions, pain, stress relief, awareness of one’s being, etc.

The various studies based on the authenticity of the Reiki real talks a lot about the seen results in the individuals after the Reiki Session. In Fact, the Reiki Learners have also experienced a kind of positive energy and the source of that energy which is always surrounding the people and community.

It is considered a hoax and has been criticised by a lot of scientific researchers but the individuals went through the therapy tell a different story. The popularity of Reiki is being outspread now and many hospitals and practitioners are giving astonishing conclusions about the same. Although many diseases can be cured by the Reiki session there are still some non-believers who are going with the medicinal approach.

Reiki is a healing process which has been known and used for a long time. Many religions like Hinduism,... Read More 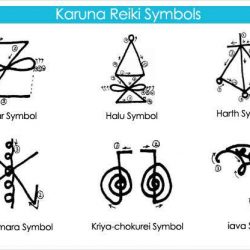 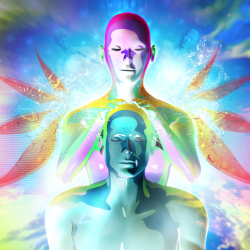 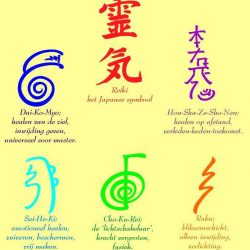