Spiritism: Communicating with the dead?

Spiritism: Communicating with the dead?

Classifying millions of followers throughout the world, spiritualism is a school of thought born in France in the mid-19th century. Does spiritualism have one or more definitions? How to communicate with spirits? Can spiritualism help you to know your future husband? Discover how supporters of spiritualism claim to be able to talk with the dead.

Spiritism is a doctrine based on the existence, manifestation and teachings of the human mind. In spiritual sessions, the purpose of which is to communicate with spirits, a person who incarnates functions as a medium between the human world and the spirit world. A small group of people who are convinced then meet to talk to the dead. This practice is practiced throughout the world and in different ways.

Ouija to communicate with spirits

Ouija is a board of live reading where 26 letters of the alphabet, 10 Arabic numerals and the words “yes”, “no” and “goodbye” are written, with the help of participants in the spiritualism session communicating with the spirit. Accessories like inverted glass are placed on top of the ouija, where spirits convey their responses through the medium. Some skeptics attribute the movement of the medium to the ideomotor effect, a psychological phenomenon that shows the involuntary muscle movements of the subject under certain circumstances.

Born in the early 19th century, Allan Kardec was a French educator, student of Johann Heinrich Pestalozzi, a pioneer of modern Swiss pedagogy. If Allan Kardec is considered to be the founder of spiritualism, he was not initially oriented toward the supernatural or communication with the afterlife. As an educator, he was asked to oversee sessions to communicate with the dead and to bring order to what communicates spirits. Then the book of the Spirit is born.

“The principles contained in this book are produced either from answers made by Spirits to direct questions asked to them at various times and through a large number of mediums, or from instructions given by them spontaneously to us, or to others about the things they contain. “Allan Kardec, introduction to the Book of the Spirit

The book Spiritual contains an introduction to spiritualism as well as 1018 questions to the spirit during a communication session with the afterlife, as well as the answers received. It was edited by Allan Kardec and published for the first time in Paris in 1857. This work has been republished 50 times in 50 years.

Therefore, Spiritism is a stream of thought born in Europe, according to which the medium can communicate with the dead thanks to spiritual energy which Allan Kardec calls perispirit. This philosophy then spread to South America; Spiritualism currently occupies a central place in Brazil, where it has become a religion that has influenced the country’s political and social life.

Annamite or Caodaism spiritualism from Vietnam

Annamite or Caodaism spiritualism is a syncretic religion that originated in Vietnam and was founded in 1921 by Ngô Van Chiêu officials and politicians. He claimed to have communicated with spirits who claimed to be “supreme beings” during the spiritualism session. Passion is said to have ordered Ngô Van Chiêu to discover Annamite spiritism. Five years later, this religion was recognized by colonial authorities. Caodaism will gather today more than 5 million followers.

The pillars of spiritualism

Spiritualism is based on three main beliefs:

– In God who created the human being in the form of a spirit dedicated to ever more perfection by incarnating
– In reincarnation, that is, he postulates the existence of eternal life
– In communication with the beyond, that is to say that he believes it is possible to speak with the dead, communicate with spirits and different spiritual beings.

Communicating with the dead: vision and functioning of spiritualism

Automatic writing, or psychography, is a process of communicating with spirits through writing. For this, a medium or a person with medium skills allows a spirit or a presence to guide the pen on the page. This is a fairly easy mind possession technique, but one that can be impressive for beginners. It is often favored because it requires nothing more than a pen and a few sheets of paper. The person practicing this form of spiritualism lets the pen be guided on the page, and thus obtains a text or a drawing that it can interpret according to the person it is trying to contact. This technique is similar to hypnosis, because the person enters a very slight trance.

Many practitioners use the automatic writing technique to talk with people who have died. It is indeed possible to contact the spirits of deceased persons via this method. But you can also communicate with the archangels and protective spirits so that they guide you and share their wisdom with you. Finally, you must always be careful, as joking or mocking spirits can also communicate with you during these sessions.

Practicing automatic writing is not, strictly speaking, dangerous, but as with all contact with spirits, it is not a bad idea to be careful. Establish clearly who you want to contact and do not be distracted. How to practice psychography?

First, get a pen and a few sheets of paper. If you can, use a pencil, which makes communication easier than an ink pen. After meditating and purifying the room, sit down in front of your sheet of paper and take your pen.

Do not think of anything anymore. After a few moments, you should see your pen move on the sheet. At the beginning, it is common for beginners to draw only a few lines and scribbles without real meaning. Do not be discouraged if this is the case! It often takes several sessions to be able to form words or concrete drawings.

Once your session is over, remember to keep your sheets of paper so you can assess your progress over the long term. Perhaps new interpretations will come to you once the session is over.

Communicating with spirits can be a disconcerting experience, especially when you are not used to practicing spiritualism. In this case you need a beginner’s guide. Even though automatic writing is not dangerous, discovering psychography can be a complicated time for the person concerned. We therefore recommend requesting the services of a medium to accompany you in your first sessions. In this way, the beginner can be supported and live his communication with the spirits in a serene way. Hopefully the information in this article helps you understand how communication with the spirit should be done. Anyway, thank you for taking your time to read this article. 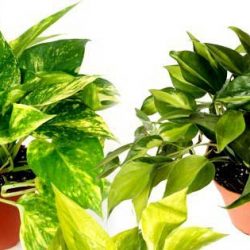 Where to Place Money Plant according to Vastu – Shriastrologer

Where to place money plant according to Vastu - Complete Guide: Plants are always the symbol of growth, prosperity and... Read More