“I express my faculty to inspire.”

Expression number 11 reflects your physical and mental constitution, the orientation of your own life goals. The expression number 11 which reflects your own talents, abilities, traits, and flaws. The degree to which you will be able to use these abilities and make them realize their inner potential defines who you are in the end. Destiny number 11 has the most number of loaded expression. Like a lightning rod, you are attracting powerful ideas. However, confidence in their strength you do not. You are a channel for some of the higher vibrations. To be in the emotional state and psychological balance, you must also learn to control the flow of energy.

You are a bridge between the unconscious and the conscious state of mind. The problem is that the unconscious mind is boundless, and the conscious in terms of definition operates on a very small stage inside it. These two entities are in conflict as long as are brought into harmony with each other. And there should be monitored. Until you learn to control the flow of energy from the infinite source, you’ll feel like a victim of its whims, which was tossed from side to side of the emotional turmoil and stress.

You always feel the feature, but it is – a vague feeling. Very sensitive, especially in childhood. This makes you vulnerable to all conflicts. May not realize that others do not have the sensitivity to your life and does not look like you. You have formed a large supply of emotions repressed by the inability to express feelings, even within themselves. They are particularly good at starting relationships because they realize that the perfect partner is one who shares the same personality traits and interests as they do. Elevens need to have a partner who truly understands them in order for the relationship to thrive.

The Expression Number 11 Affects Our Emotion

Expression number 11 is very emotional and dependent on others. Experience of emotional ups and downs in different kind of situations, depending on luck in love life. Idealistic characteristics, impractical, and at times erratic. Your expectations are often unrealistic. Causes of actions generated by a mixture of logical, emotional, and intuition, your more rational comrades sometimes towards the struggle to give them a solid reasonable explanation. Destiny number 11 is most of the expression regardless of the other numbers on your tarot card. Holders of expression number 11 should also cultivate the internal discipline towards the market. Balanced people with the expression number 11 – are unique and more of interesting. They are also gifted with the insight and illumination, which can transfer to others, the nature of the teachers in all the areas.

Some of these jobs may also include the ministry work, teacher in a school, public relations, musician, and photographer. Facts and logic are things that elevens try to avoid at all costs. They would rather allow faith to guide them towards an answer to a problem or a path in their life. This is what makes elevens true spiritualists who rely on forces greater than themselves to guide them on their life’s journey.

Indeed, all begins with a dream, a vision, but it needs to be followed by a desire in your life and this cannot be fulfilled until you have a strong aim, an intention, and passion in order to see the light of day. Try to avoid more of fantasies. Act and share those wonderful visions and dreams that live within you. This is a master number, which means that your soul has to aim high and has more high expectations for a personal or social evolution.

Some of The Celebrities With Expression Destiny Number 11

(Both 29/11s), Politicians. Colin Powell, Al Gore, and Tony Blair are also 29/11’s. Destiny number 11 attracts the spotlight and Obama’s election as the first African American President marked a turning point in history. Destiny number 11 is also the number for space travel so no wonder people wonder if the Obamas are aliens?! At 29, Barack had just started dating Michelle and became the first African American President of the Harvard Law Review.

Author, known for the Fifty Shades of Grey series. Amazingly, she started writing after watching the movie Twilight, which was also written by a famous 29/11 Lifepath, Stephenie Meyer. 11’s activate each other, through words and media, that’s one of the reasons I love blogging.

Actor, best known as Hermione Granger in Harry Potter – a film and book series, full of 11 energy (HARRY POTTER adds to 65/11, the same vibration as ENLIGHTENMENT). I’m a fan of her passion. She’s under 29, so no comment here yet.

Royal Family. Prince Charles first met Diana when he was 29. Around this time he had also just started his charity The Prince’s Trust and left the Royal Navy. Unknown to many people, Prince Charles is a huge advocate of organic farming, alternative medicine including homeopathy and avid environmentalist. Master Number lifepaths often run in families…I guess sometimes it takes a double one to raise a double one! It’s no surprise that we often make big commitments around our lifepath age, for example, Prince William married Kate Middleton less than two months before his 29th birthday.

Have you ever wanted to learn about the numerology but you never got the opportunity to do so in... Read More

What is Numerology? In simple words, numerology is the study of numbers in your life. You can use the Numerology... Read More 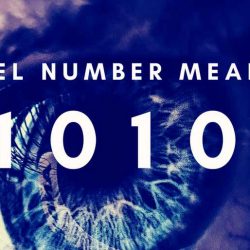