Nine of Swords Tarot Card reading is being misunderstood in a lot of ways though it is one of the oldest forms of fortune telling. It is not exactly fortune telling but it tells about the future based on your present situation. It doesn’t tell a future that can not be changed but it helps you in planning your actions that are needed to be done, sometimes to stop the ominous and sometimes to make your wish come true.

The Nine of Swords Tarot card is called the worst card, not because of its appearance but the message it conveys. In the Tarot meaning of Nine Swords, the presence of a person’s Dark side is being talked about. It is said that the “Dark Side” which is also known as the “Shadow Self” consists all the bad parts of a person that he/she is trying to avoid.

The Nine of Swords card displays a woman having her face covered in her hands, she is sitting on a bed with a blanket still over her legs and the base of the bed is representing two men fighting in which one is getting defeated clearly. The blanket over the woman is printed with roses and some zodiac symbols suggesting the universe. The swords are horizontally put on the wall behind the woman.

The general interpretation of nine swords card might mean that the woman is not able to sleep because of some guilt or fear; the traits that are usually deep rooted in your subconscious and only come to the awakening by your shadow self. The reason of fear might also be the future. Generally, the process of overthinking makes the things worse and this card represents the fact that the inner self is much more dangerous than the outer self as it can make you feel remorse for something that has not even happened yet.

The nine of swords tarot also represents the hardness with which you are treating yourself lately. It is because of the reason that you are letting your subconscious to speak for yourself and your positivity is getting slipped away. So this card is your call to stop pushing yourself so hard and start living your life with the free will.

Nine of Swords Reversed card might mean that finally a ray of hope is coming your way or it might mean that your shadow self-has been sabotaged you properly. Even when it is all going to over remember that every bad thing ends with its worst. You need to realize that no matter how hard the things become to control, you are always stronger than your dark side.

Nine Of Swords Tarots represents that you are having inner battles that are required to be fought but the reversed nine swords card might mean that your subconscious has started hurting you externally as well. You are not able to sleep and your dreams are extremely terrifying at current. This card has various interpretations according to different factors.

Your work is getting affected badly and there are possibilities of someone who is trying to put a full stop on your job. The suggestion of the wise here is to stop letting your stress mind to conquer your positivity. Work with all the hard work you can put in and let your dedication help you out in this situation.

As the upright card means problems or doubts that may or may not be true, the reversed nine swords means that something is going to come into light. Any kind of treachery on your part or lie is going to be unveiled which is causing you sleepless nights. The best part is to confront your partners and tell them before they get to know from somewhere else.

The nine of swords tarot card means that your mental health is getting worse due to which you are harming your physical health as well. The reversed might mean that it getting worst or maybe it also means that soon this situation is going to get over. The answers are based on the current situation and thus might differ.

The card of nine swords means that you are under a debt or going to be highly in debt. Again, according to the present situation. You should not let your fear overpower you and destroy the sanity of choosing the right and wrong. You will be good at decision making once you will think clearly with no stress and a heavy mind.

These are the general answers to what your nine of Swords tarot card has to say about you and your future. Don’t put your weapons down and accept your defeat before even fighting. You are stronger than you know and thus better stand up than falling over something that exists in your mind. For other tarot cards, related solutions click on the following link. 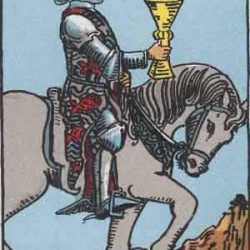 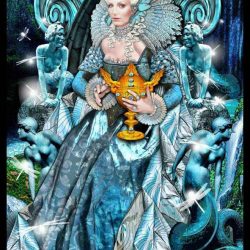 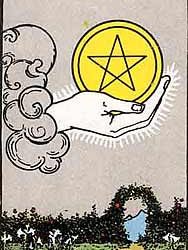